Granit Xhaka is the best midfield signing this summer 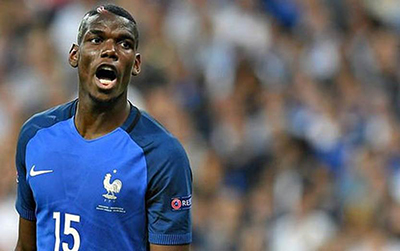 “Euro 2016: Francia-Irlanda link diretta” (CC BY 2.0) by  NazionaleCalcio  Paul Pogba has been the centre of attention.

There have been plenty of big moves for midfielders this summer, as teams look to strengthen in the centre of the park.

Of course, a lot of focus has been on Paul Pogba and his long mooted transfer back to Manchester United, together with N’Golo Kante’s switch from the Champions, Leicester City, to Chelsea.

Georginio Wijnaldum turned his back on a season in the Championship with Newcastle for a role in Jürgen Klopp’s new-look Liverpool, and Pep Guardiola brought in Ilkay Gundogan to assert some possession based dominance in the Manchester City team.

All of these signings look reasonably good, and it is fair to say that our main rivals have done some solid business in the transfer market. But none of these additions can compare to Arsene Wenger’s most recent big money acquisition, Granit Xhaka, who is primed and ready to overshadow all these stars. At the time of writing we are 6/1 to win the title in the Premier League betting.

These odds could be a reflection of how bookmakers are underestimating what a massive impact the new midfielder will have this season.

Xhaka wasn’t purchased for small change, and the £35million signing should be integral to Wenger’s plans this season. He will no doubt slot straight in in front of the defence with either Francis Coquelin or Santi Cazorla in support. Wenger has talked up his new signing, and in an interview with Arsenal.com stated that “[Xhaka brings] his passing ability to play through the lines from deep positions, his work rate, and he’s good in the air.” 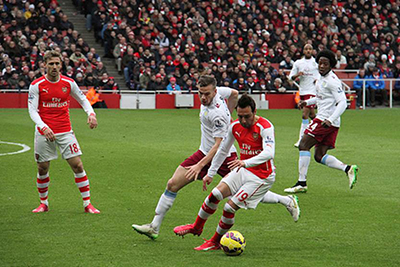 Xhaka could combine well with Cazorla.

Xhaka was a crucial cog for Switzerland at Euro 2016, and pushed the team on to their first ever knockout tie in the competition. He put in two Man of the Match performances and gave us a taste of just how effective he will be in the Arsenal midfield this season.

The formidable midfielder should be able to provide a solid wall in front of the back four, which was somewhat of a weak area in the previous campaign. Looking at data compiled by Fantasy Football Scout, the numbers appear promising. Last season at Borussia Monchengladbach the 23-year-old made 67 successful tackles, and won 94 aerial duels, more than any other Arsenal midfielder. Pogba, in comparison, made 72 successful tackles but only won 59 aerial duels. Kante made a whopping 157 tackles, but it must be noted that Leicester were playing a style of football that allowed the opposition a lot of the ball. Xhaka suits our possession based style perfectly.

Looking at all the other midfield signings, none of them seem to fit with our philosophy more ideally than Xhaka. He has the physical presence to protect our defence but he also has the technical ability to create chances and allow our more attacking players to push forward.

It won’t be long before our new boy proves that he is the best midfield signing of the summer.

The ArsenalShorts 28th March Round Up Special