Welcome to Sunday. I am not sure if I have ever done a story/round up on a Sunday before on ArsenalShorts, I’m sure one of my eagle eyed readers will be able to tell me otherwise! If either of you are reading, please email in!

Wenger on the Prowl…

You may have spotted in the news this week, that the transfer window is open, it’s widely thought, but hardly ever mentioned on Twitter and MySpace that we are in dire need of a new centre back and striker, and anyone else who could benefit our squad, ahem, Mahrez [cough!]. Well, it seems Arsene Wenger has spotted one or two comments on his MySpace page suggesting just that, and he’s decided it’s about time to spend some of the warchest we have to get some players in.

The Frenchman is quoted as saying:

We are still on the market for players. [Be it] at the front or at the back. We are on the market but I don’t want to talk specifically about any player because that makes it more difficult for me – and it’s difficult enough.

Wenger also confirmed he’s trying to get the CB in before the season starts (in 2 weeks time!), so fingers crossed we can finally get the players in that we need, it’s already August tomorrow!


Bit annoying now, as things drag on with little or no facts, but The Mirror claim that Arsene Wenger was in France (and so was Steve Bould, an ex-defender) yesterday watching Leicester lose to PSG, and some tweets claim he wasn’t just there to watch the football, hinting towards talks with Riyad Mahrez. 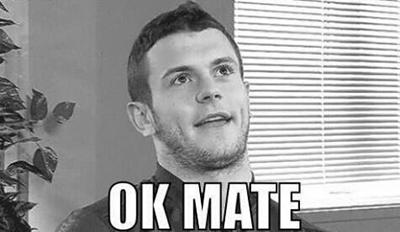 Arsenal close in 4th signing, Player jets in to London, this will delight fans

Report: Özil wants to stay and wants Sanchez to do the same